News: Funeral of Two Children That Died In Queens Fire 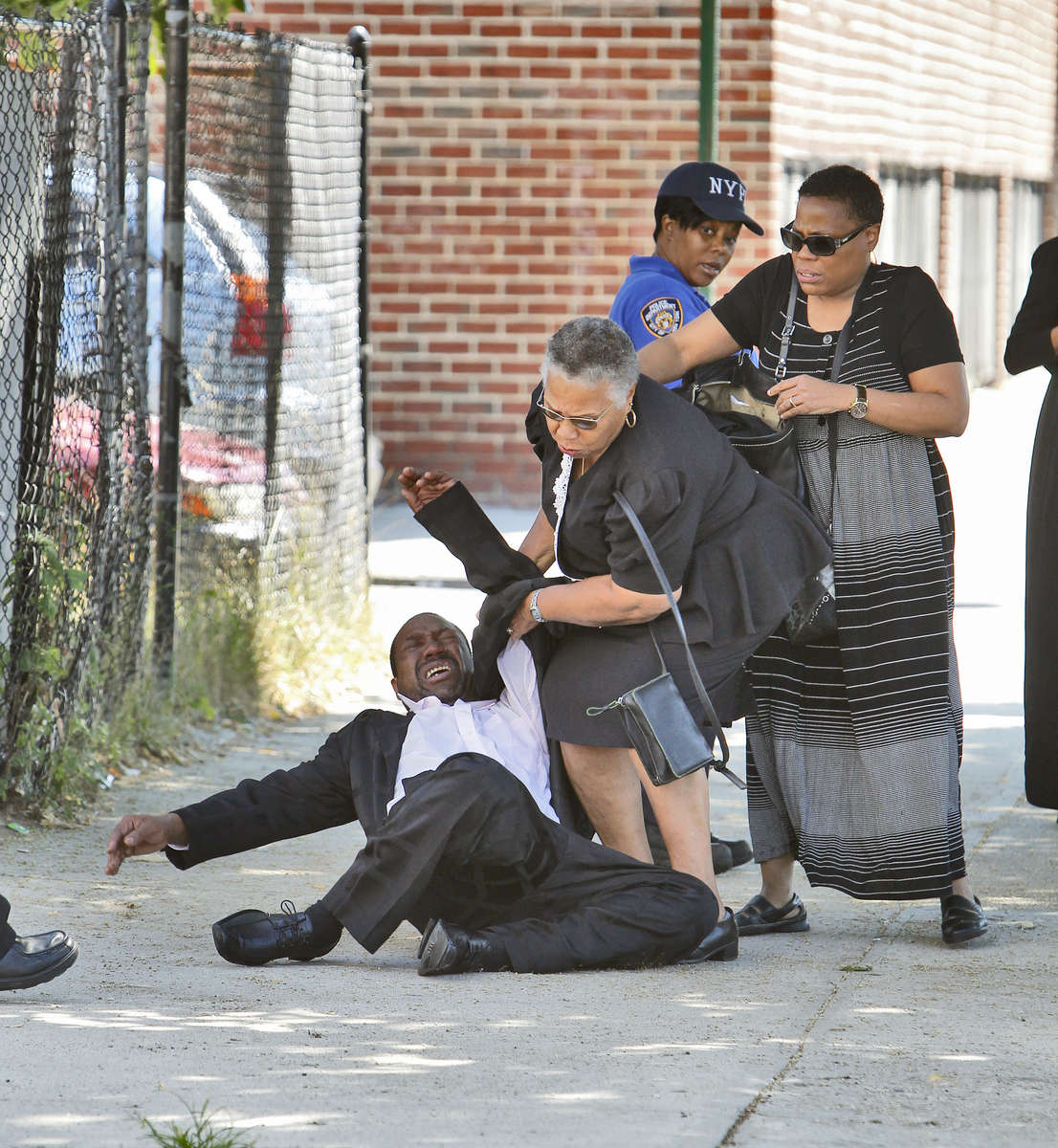 Funeral of Two Children That Died In Queens Fire


Tyrone Duckett, 42, collapsed at his son TyAnthony Christian Duckett's funeral as his aunt , Vivian Duckett,grabs to help him. TyAnthony Christian Duckett , 8, who perished with his baby brother Daniel Wilson, 1, who he tried to help get out from their burning home, were remembered at their funeral service held at Church Of God Of Prophecy located at 194-15 Linden Boulevard in Queens on Wednesday, June 30, 2010.