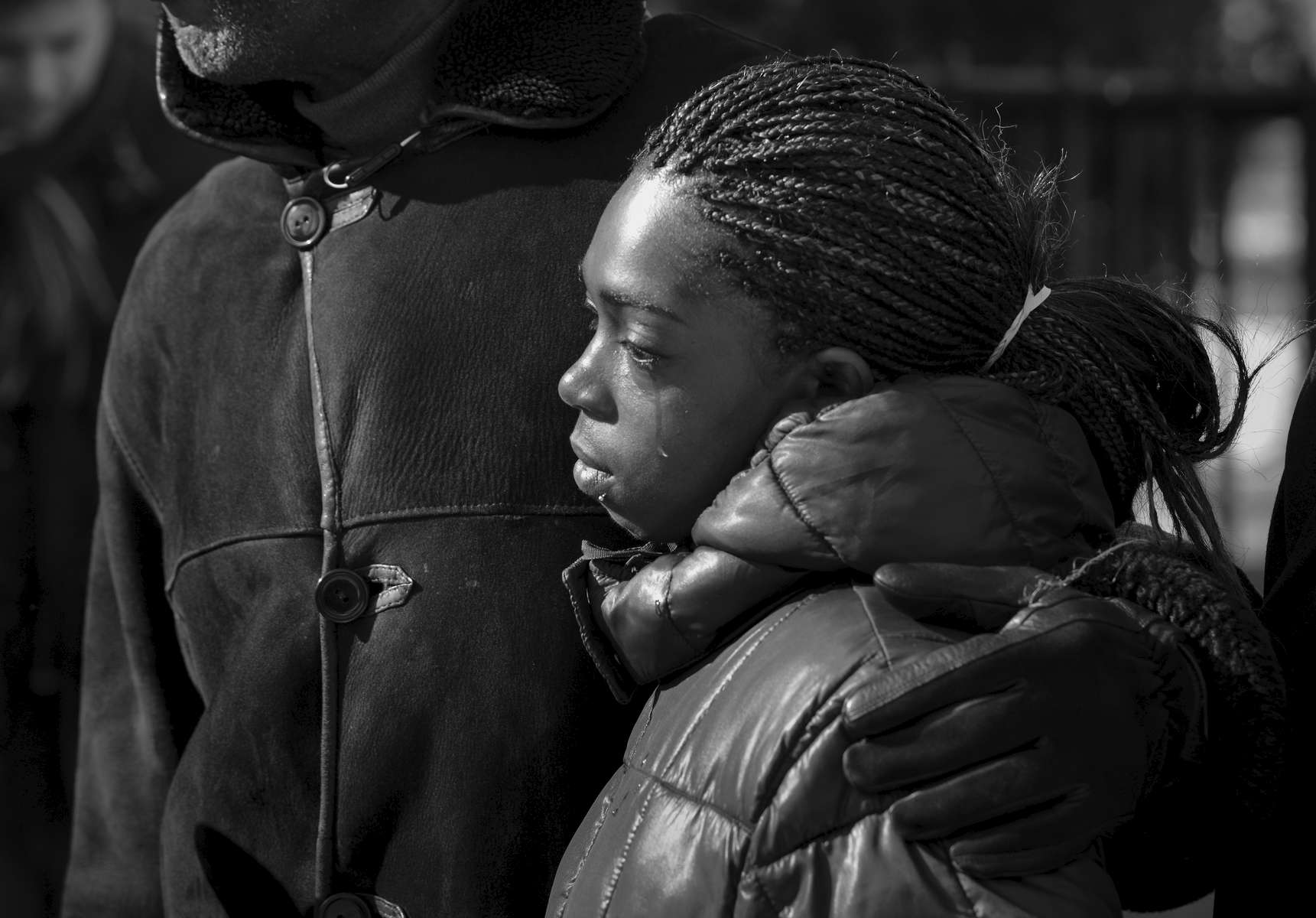 
Tears flow on the cheeks of Melissa Butler, friend of Akai Gurley who was shot and killed by NYPD police officer Peter Liang at Louis Pink Houses. Melissa Butler, who was with Akai Gurley when he was shot and killed in the stairwell, was joined by her mother Naomi Butler, 69, daughter Janya Washington, 8, New York State Assembly Charles Barron, and her Attorney Rodger Wareham as they hold a news conference in response of the indictment of NYPD Officer Peter Liang at Louis Pink Houses located at 2632 Linden Boulevard in Brooklyn on Wednesday, February 11, 2015. Officer Liang is indicted and will face criminal charges for the fatal shooting.