News: Asleep in the Hole 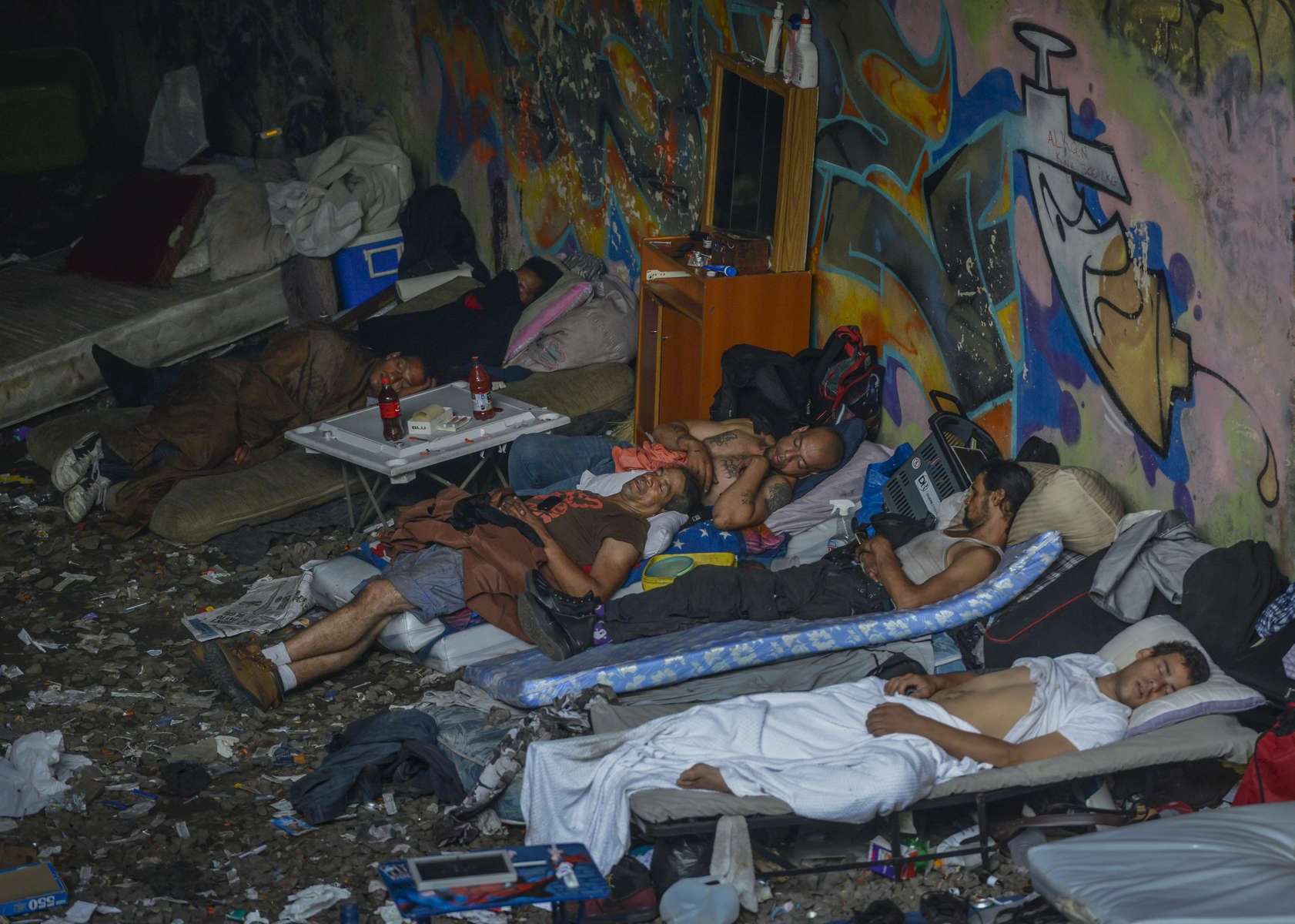 Asleep in the Hole


New Yorkers suffering from severe drug addiction and homelessness, sleep underneath an overpass in a space known as "The Hole" at the corner of St. Ann's Place and 150th Street in Mott Haven, the Bronx on September 3, 2015. One day after Mayor de Blasio visited this South Bronx drug lair, Sanitation Department workers hauled out most of the addicts' piles of trash and the filthy furniture and dozens of syringes. As many as 20 men typically stayed at the site which has been a blight on the community for years.