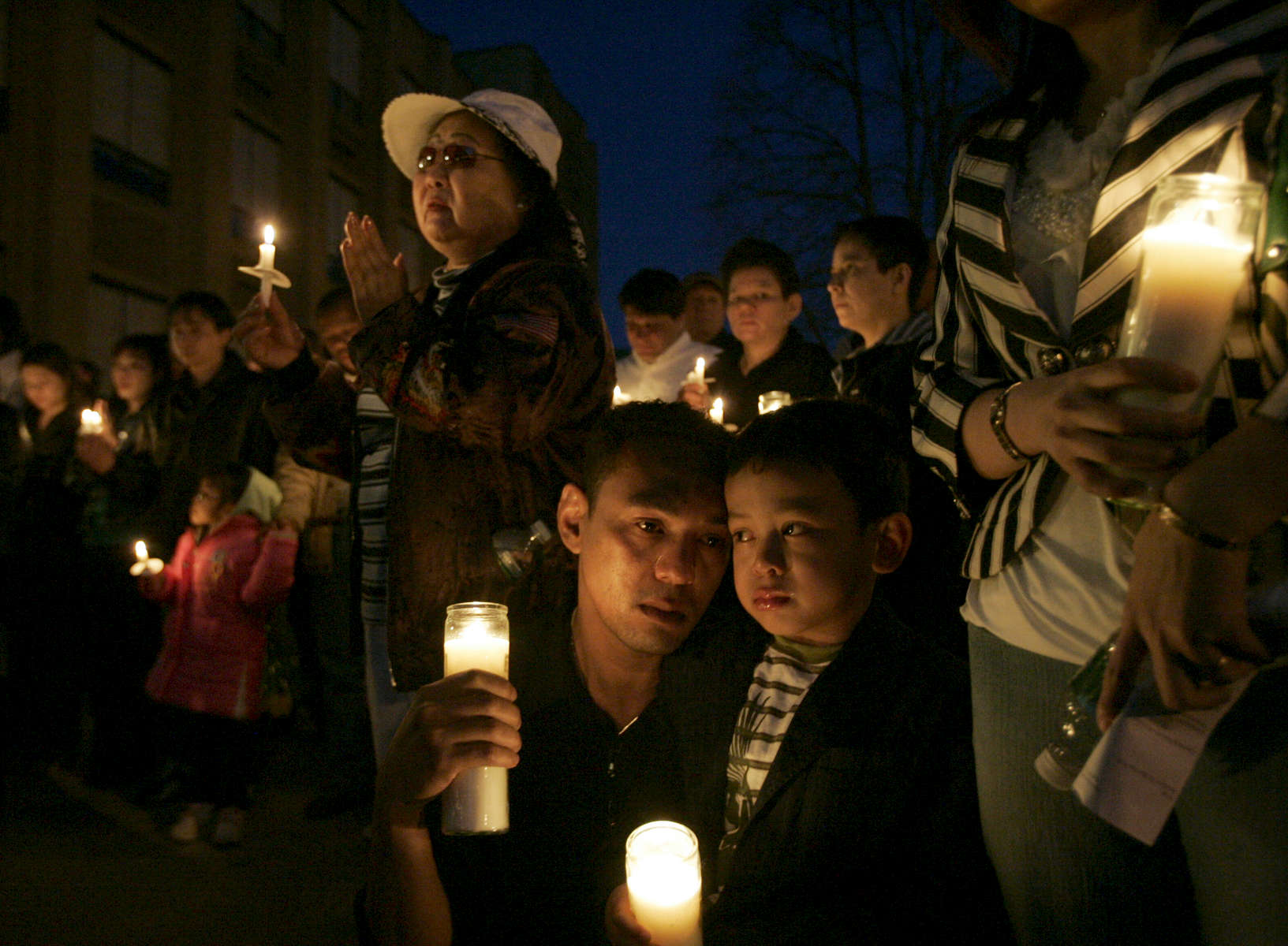 
Thirteen people were killed after a gunman open fire inside American Civic Association before taking his own life in Binghamton, New York. Minh Nguyen, 38, and his son Henry, 6, relative of Lan Ho, one of the 13 people who were killed, weep as they remember Lan at the candle light vigil held at West Junior High School at West Middle Avenue in Binghamton, New York on April 05, 2009.