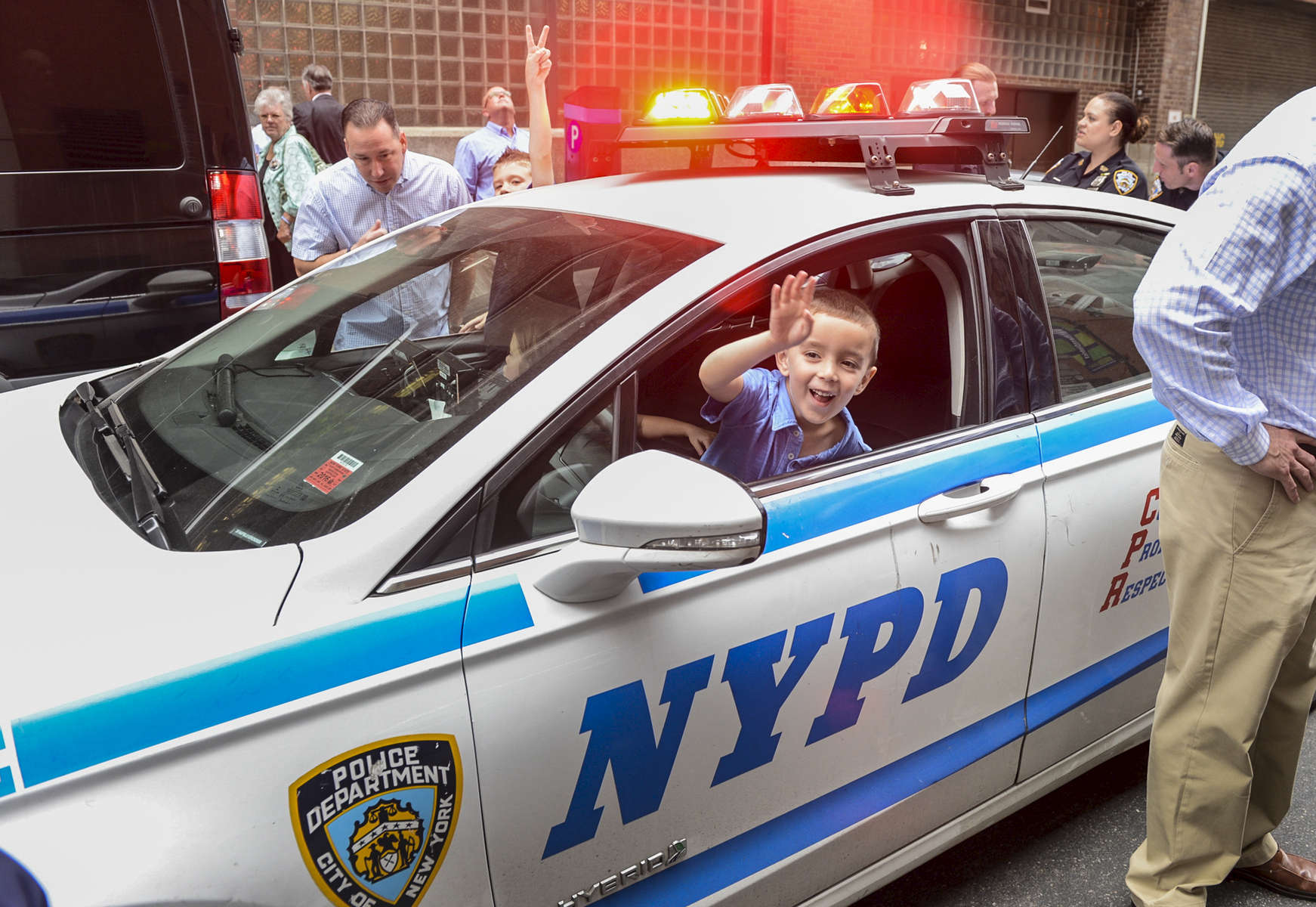 
Robert (on the passenger side), Remi (on the middle inside) and Dean Dwyer (on the driver side) nephews and niece of NYPD Police Officer Anthony Dwyer, who in 1989 was pushed to his death off of a Times Square rooftop by convicted felon Eddie Matos, play inside an NYPD squad car after attending Eddie Matos' parole hearing on Friday May 13, 2016.