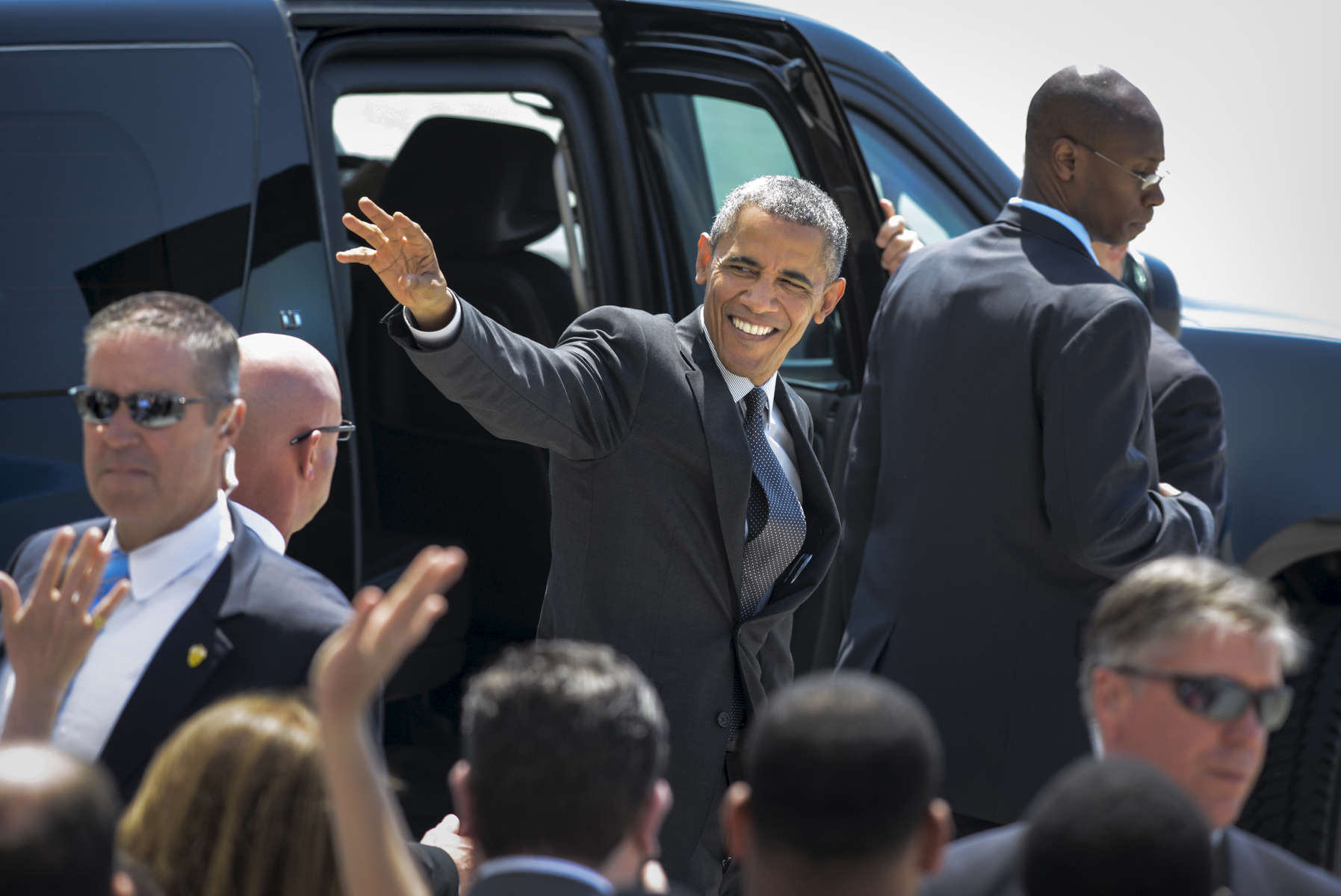 
President Barak Obama waves to a crowd of supporters as he is escorted on the tarmac of John F. Kennedy International Airport from Air Force One to Marine One on May 4, 2015. The President was visiting New York City to do, among other things, visit Lehman College in the Bronx to launch the expansion of the My Brother’s Keeper Alliance initiative about race relations and opportunity, and a guest for an eight and final time on CBS’ “Late Show with David Letterman.”